Out of Switzerland, Digital Human describe themselves as "two lazy brothers gettin it on". That's it. And I'm ok with it.

Digital Human prefer to let their producing do the talking, with an unassuming catalogue of dope original tunes and a couple of stellar remixes in a style which is hard to pigeon hole. It's not 'nu disco', it's not electro or house but rather it's just great tunes engineered for y'all to get down to. Watch these guys as I've confirmation they're working on a sweet bunch of remixes at the moment due out soon. 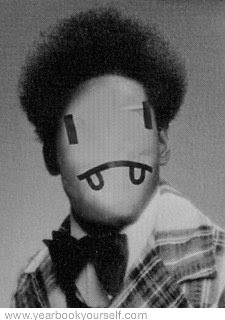 The internet is ridiculous .. In a short space of time, Go Go Bizkitt has gone from a talented and unknown producer to a bloke who is absolutely killing it. Here's his latest jam. It's Donna Summer given the Bizkitt treatment .. Whammy! 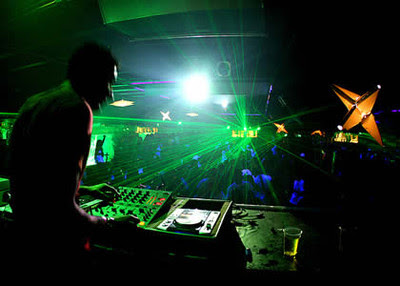 My boy Wine and Cheese has dropped over his latest track for your pleasure. It's in line with his previous releases which are funk-filled sample classic booty jams. Dig in, and check out his SoundCloud for his back catalogue. 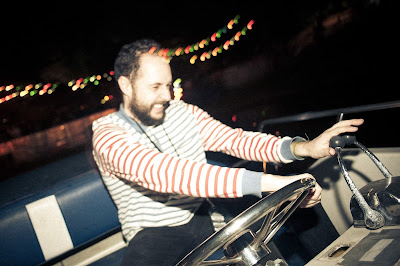 Wow! Sorry for the lack of posts of late. Full steam ahead!

Now as you probably have heard by now, last week the Bag Raiders premiered their latest single "Way back home", to be featured on the album due out on October the 30th! As usual, it's nothing short of amazing, but just in case you missed it, get on board it right here on GrooveCity with thanks to my homeys over at Dance Club. Their blog is a great way to stay in the loop with all the going-ons in the Sydney club circuit so check it out if you fit the description. Whammy. 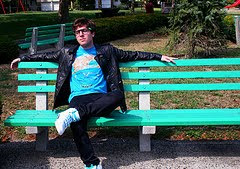 Not long ago we brought you the hip hop stylings of a dude by the name of Hoodie Allen. His previous track 'You are not a robot' was a dope rap jam over the Marina and the Diamonds track 'I am not a robot'. Not only was it a clever use of sampling but the lines spat were pretty true. Suffice to say, Hoodie's back, this time spitting over an even doper track, Undercover Martyn by Two Door Cinema Club.

Hoodie has a mixtape coming out called Pep Rally which will no dout be excellent given his current crop of tasty tracks. For more info, check out his MySpace. 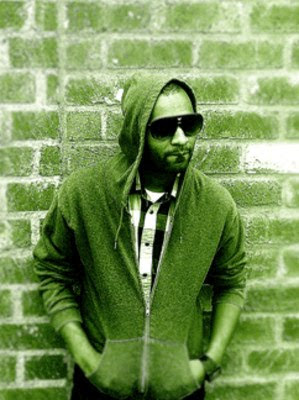 Dezlin is a bloke out of Culver City in the good ole' United States of America. He's always been a fan of electronic music and enjoys mucking around with his own interpretations of songs by some of his favourite artists such as LCD Soundsystem and Darwin Deez. He told me that he's new to rummaging around the blog world, be it both as a punter downloading fresh beats as well as a promoter of his own material. The music he makes is kind of like a mellow Armand Van Helden, it's filled with fresh loops and clever re-interpretation. While simple, it's extremely effective and enjoyable. Check out a couple of his remixes below and stay tuned for future works of greatness from this fellow, rumour being that a remix of Girl by Moonchild is on the cards! Follow him on SoundCloud. 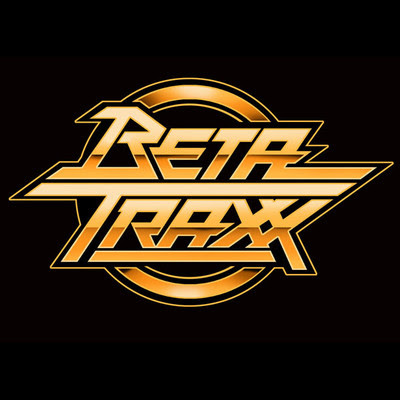 BetaTraxx are a group out of Los Angeles that make music in a style I don't normally find appealing. How ever after checking out their remix of Kelis that they sent over it's clear their talent bridges the gap between my electro disdain and my melody appreciation. They were the group behind the catchy single 'Foxtrot' that got the remix treatment from LightsoverLA which was quite a dope tune, and a dope remix as well. The treatment of Kelis is quite extroidinary, and reminds me of the kind of work we've seen in recent times from 'The Kids are radioactive' and Lazertag, being hard-hitting electronica with an undeniable pop influence about it. This will slay dancefloors.

Bonus
There was some genuine hype around this Kelis remix by Sydney lad Blaze Tripp. Definitely worth it. 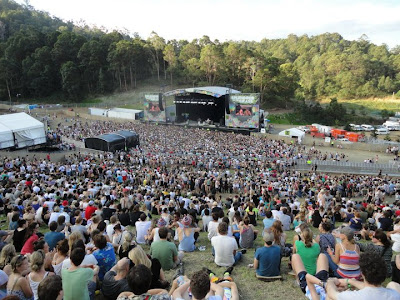 Splendour in the grass was really really good. Normally I try and steer clear of music festivals in Sydney when the line-up is absolutely jaw dropping as the crowds who swarm in usually aren't the most pleasant folk on steroids. Two genius ideas to help eliminate this at Splendour? Put it in the middle of no where up at Woodford in QLD, and also only have DJs playing between the bands, and therefore not inviting people to rave for hours on end to the likes of MSTRKRFT (boo!), Aoki (boo!) and other creeps who merely cater to the lowest common denominator. In fact, with the exception of The Only (whoever they are) and some creep from Red Bull who put up a portable stage near the tents and played Warp at 11.50am on the last day, there wasn't too much typical Sydney festival behaviour to be found. Everybody was polite, free spirited and genuinely stoked to watch bands from all over the world do their thing.

Highlights of the festival for myself were undoubtedly Hot Chip and LCD Soundsystem who backed up from their stunning sideshows in Sydney and Melbourne to absolutely amaze us all with the quality of their live show. Here's a couple of remixes you might have missed.

On top of this, Two Door Cinema Club were simply electric, Florence and the Machine was incredible, in fact Florence's stage presence was up there as the absolute best. The 20 000 person coliseum was in a stunned silence as she bellowed out hit after hit leaving us all dazed. The Strokes were at the best and right up there with the best live bands I've seen. In all the whole thing was great and if you're in the southern hemisphere you should do whatever is in your power to do it for yourself next year. Cannot recommend that highly enough!
Posted by Max Smart 2 comments 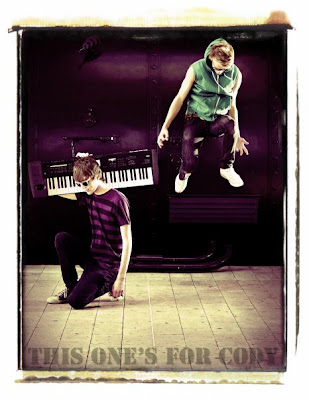 A little while ago we posted some tunes by an American duo called 'This One's for Cody'. They had some amazingly unique electro bootlegs of dope hip hop tunes that I personally got very excited about. Being a bit of a party DJ myself, it's always hard trying to bridge the gap between playing as many Will Smith song's as possible, and keeping the energy up in a big room, and these dudes seem to have those skills on tap.

Today I've been lucky enough to get an interview with the guys who have just made their debut original track available to the masses. It's called 'Drugs' and it's a bangin' electro anthem that is sure to send the masses crazy. It's got an energy and girth about it that is not dissimilar to fellow American producers Cold Blank and Designer Drugs. It's sure to take them places. But don't take it from me, check it out and download it below while you scroll over the interview. There's also tonnes more jams on their SoundCloud.

Drugs by This One's For Cody

Welcome To Groove City This Ones For Cody!!

Firstly, who are you? Where you from? Why should we give a damn about you?

We're This One's For Cody. Two college roommates who, unknowingly, are from the same hometown. We've spent our last three years in Stockton, CA (Officially voted the Most Miserable City in the United States) but we're heading back to our old stomping grounds of Orange County, California. And most importantly, if you don't give a damn now, you'll just look like a poser once we're big.

What’s in a name? I’ve seen some weird ones with strange spelling and letters missing for no reason but your strikes me as one that may have some purpose to it..

The name Ke$ha was already taken.

What’s life like in Cali? What’s the big sound that’s melting faces and breaking hearts around the scene at the moment?

Life in California is eclectic. The South is big into Dub Step while up north has a bigger appreciation for Disco. We've driven thousands of miles and have heard too many different sounds to be able to pinpoint what's biggest here.

I get almost conflicting vibes when listening to your productions some times.. They scream party djs at me but the electro vibe to them can’t be ignored.. Where do your inspirations and influences come from for your hybrid style??

We try to have our music remind listeners of the sickest/grimiest house party they have ever been to. We call it Party Electro

Grocery list of what’s in your studio for the kids out there..

Logic Pro basically with some VSTs. Live, we just use Pioneer CDJ 1000s. Keep it simple.

What are you working on at the moment and what can you see in your near future???

We're scheduling another tour up and down California and we're definitely planning on popping out more remixes and originals. Hopefully an EP soon.

Correct me if I’m wrong by Sydney’s own Dcup is heading your way shortly for a tour and stopping by for a show with label mates LBCK.. What are you expecting from our export and do you know much about the Sydney scene?

Too be honest, we'd heard a little about the Sydney scene in the past. We've seen videos of some incredible festivals there, and we've gotten chummy with Northie/Brain Matters, but DCUP really showed us that Aussies can do work.

Justin Bieber.. Love him or hate him?

What are 2 things that we don’t know about This Ones For Cody?

We love ice hockey and we started off writing acoustic music together. We still break out the guitars when we need to unwind.

What are three things you can’t live without?

Have you ever ridden a Kangaroo?

Any plans to tour to our fair nation?

To make it there. And when we're there, to kill it. Plain and simple.

Finally, in my eyes, being a member of gen y, you are either one of two people.. You’re a Marisa Cooper fan or a Summer Roberts fan .. Which one are you and why?